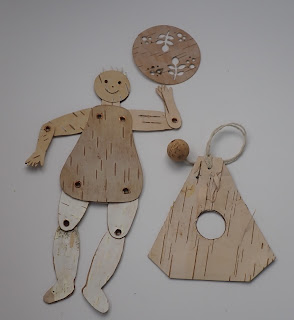 Posted by Ann Thompson at 4:51 AM No comments:

One of my favorite Workshops! 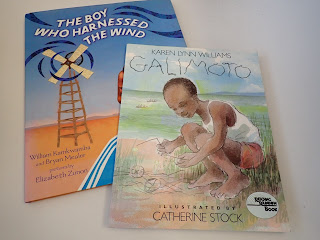 See what William is up to now here:  http://www.williamkamkwamba.com/
Posted by Ann Thompson at 5:32 AM No comments:

I'm going to be participating in another great collaboration of the New England Mosaic Society!

"NEMS members will be creating a collaborative mosaic for Family Table, a food pantry operated by the Jewish Family and Children’s Services in Waltham, MA. The title and theme of the installation will be “Nourish” to recognize the importance of food and art in keeping us healthy. The mosaic will be a way to beautify their space, to raise funds for families experiencing food insecurity and to thank donors for their contributions. The design has not yet been finalized, but we’re working with the Jewish Family and Children’s Services to decide on the shape, size and other specifications. " 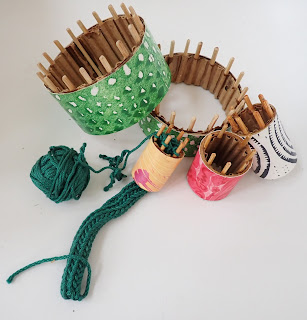 Sliced document tubes and other thick cardboard tubes can be combined with de-laminated corrugation and bamboo skewers to make custom knitting looms.These have been decorated with left over printmaking scraps.
Water wheels and water turbines, Summer 2021

Posted by Ann Thompson at 11:37 PM No comments:

Hydroelectricity is very much in the news and I have been developing some "hands on" projects to illustrate how dams create hydro power.  Hydro power was so important to economic development in Maine but also came at a price for waterways. This project engages students in the creation of a water wheel/water turbine toy that can also generate energy. They can learn the history of  these two forms of energy production --one that powered machinery and another that generated electricity.

An additional function can illustrate optical science. The property of the "persistence of vision" was used in the 19th century Victorian Toy, the thaumatrope, an early form of animation. Students can create animations to appear when the side wheels spin. 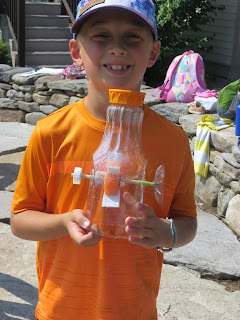 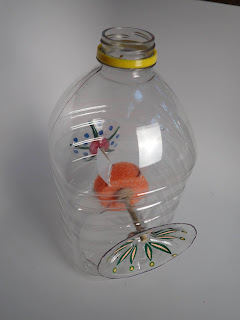 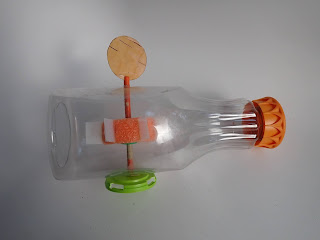 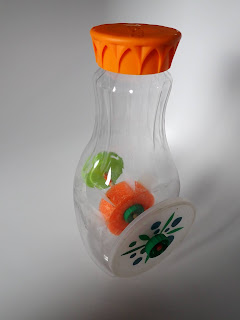 Posted by Ann Thompson at 5:57 AM No comments:

Another idea, still being tweaked!, is a simple book illustrated with stamps- or drawings by students-- to illustrate FAQ's about Heat Islands and ideas for mitigating the effects. 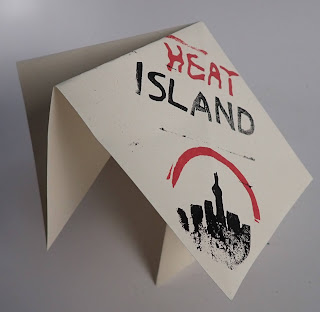 Posted by Ann Thompson at 5:39 AM No comments:

How do you make a "hands on project" about Urban Heat Islands" ??   I scoured what is currently being offered and cobbled together two ideas into this Tin Can Green Roof project. Placed in the hot sun, students can measure the difference in temperature between the dark sides of the Tin Can with the coolness of the moss covered green roof. 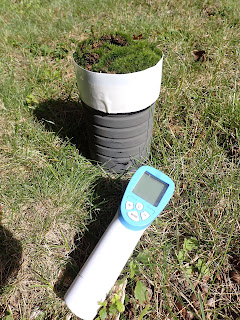 Posted by Ann Thompson at 5:35 AM No comments: 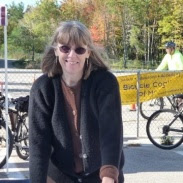 View my resume on Linkedin

Contact me by email if you would like to purchase work or to book a workshop for your organization:
littleriverworkshop@gmail.com